Parents always have the best intentions for their kids, but they can get it wrong at times, especially when it comes to eye health. They may unwittingly have told their kids some vision myths at one point or another.

Eyes on Norbeck, a top optometrist in the state, debunks some of these myths below.

You might have noticed that some kids get new glasses with thicker lenses as they grow older. They didn’t need thicker lenses because they’ve worn glasses for too long; rather, a host of factors, including genetics, necessitated the change.

Sitting Too Close to a TV Screen Can Damage Your Eyesight

There’s no evidence that supports this claim. According to the American Academy of Ophthalmology (AAO), kids develop this habit because their eyes can focus better on objects in close proximity better than adults and don’t suffer the same eye strain that they often have to endure.

If your kid has this habit, it’s more likely that he’s nearsighted and needs eyeglasses.

Prolonged Computer Use Can Damage Your Kid’s Eyesight

Computer screens can’t damage your kids’ eyesight, but they can strain them. Your kids’ eyes blink less often while they’re watching the screen and, as a consequence, get fatigued easily. Taking breaks can reduce the strain on their eyes.

Parents Can Pass on Their Poor Eyesight to Their Kids

This isn’t always true. There’s certainly a chance kids whose parents have eye conditions will suffer those same problems later on in life. However, it’s not always a certainty.

You can discuss your family’s medical history with your local optometrist and have your kids undergo a computer vision exam to determine if there’s a chance he’ll suffer vision problems later on in life.

Eyes on Norbeck, a proud member of the American and Maryland Optometric Associations, offers a wide range of eye care services. To set up an appointment, call us at (301) 241-0553 or fill out this form. We serve homeowners in Rockville, MD.

Styes are the result of a bacterial infection. They are painful red bumps that typically appear in … END_OF_DOCUMENT_TOKEN_TO_BE_REPLACED

Working in an office can put a strain on your eyes. Harsh fluorescent lighting, not enough natural … END_OF_DOCUMENT_TOKEN_TO_BE_REPLACED

As you sleep, you may accumulate discharge at the corner of your eyes. Also known as “sleep”, this … END_OF_DOCUMENT_TOKEN_TO_BE_REPLACED 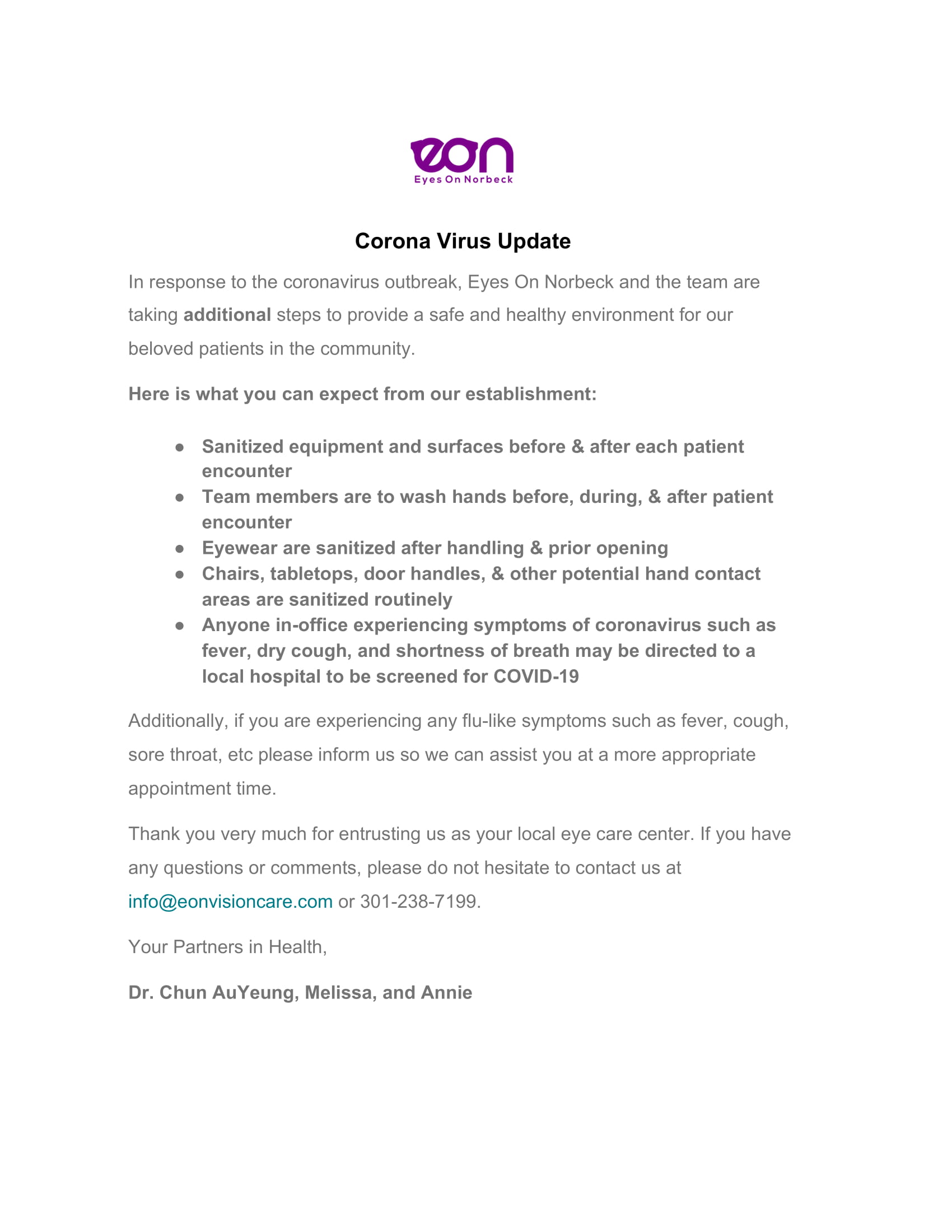